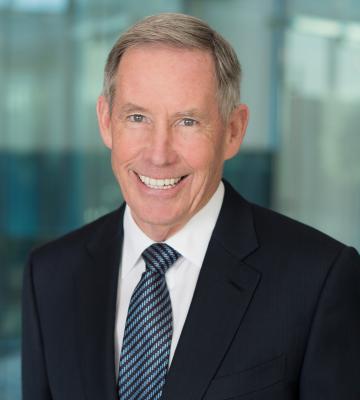 William McMorrow is chairman and CEO of Kennedy Wilson, which he acquired in 1988 and has subsequently grown into a leading global real estate investment platform. Kennedy Wilson began with just one office and 11 employees, and today, the company has offices in 15 different markets throughout the United States, United Kingdom, Ireland, Spain, Jersey and Japan with $16 billion of assets under management across the property spectrum. Mr. McMorrow has led the creation of three public companies: Kennedy-Wilson Holdings on the New York Stock Exchange, Kennedy Wilson Japan on the Tokyo Stock Exchange and Kennedy Wilson Europe Real Estate Plc on the London Stock Exchange, whose $1.7 billion IPO represented the largest real estate vehicle listing since the economic downturn and the second largest real estate IPO in the 200-year history of the London Stock Exchange.

Kennedy Wilson entered the European market in 2011 when it served as the catalyst and lead investor in the recapitalization of the Bank of Ireland. The team quickly grew its presence to become one of the top commercial property owners in the country, and then expanded across the continent with offices in Dublin, London, Madrid and Jersey overseeing a $4 billion property portfolio. In 2017, Mr. McMorrow and his team closed a landmark transaction that combined Kennedy Wilson Holdings and Kennedy Wilson Europe Real Estate Plc into one global platform with a simpler structure and an $8 billion enterprise value, generating recurring revenue of over $700 million and positioning the global company for future growth opportunities.

Prior to joining Kennedy Wilson in 1988, Mr. McMorrow served in the banking industry for 17 years. He was Executive Vice President and Chairman of the Credit Policy Committee at Imperial Bank in Los Angeles and held senior positions with a variety of financial service firms, including eight years as a Senior Vice President of Fidelity Bank in Pennsylvania.

Mr. McMorrow and Kennedy Wilson have been profiled in many publications including the New York Times, Barron’s, Irish Times, Los Angeles Business Journal and PERE. In 2012, Real Estate Forum magazine selected Mr. McMorrow as one of Southern California's Real Estate Icons. In 2015, he was honored by the Ireland Chamber of Commerce in the United States with the Sir Michael Smurfit Business Achievement Award for his years of leadership and his contributions to Ireland, and in May 2017 he was a recipient of the Ellis Island Medal of Honor.

Mr. McMorrow attended Loyola High School and received his Bachelor of Science degree in Business as well as his MBA from the University of Southern California, where he serves as a Trustee. He is also on the Executive Board of the USC Lusk Center for Real Estate and endowed the William J. McMorrow Global Real Estate Program at the USC Marshall School of Business. Mr. McMorrow’s other philanthropic interests include supporting Loyola High School, which honored him with the Cahalan Award for Distinguished Alumni in 2010 and where he serves on the Loyola High School Board of Regents.